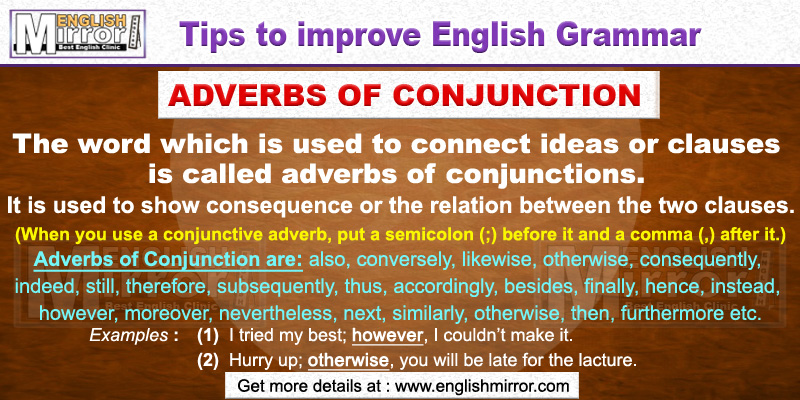 What is Adverbs of Conjunction?

"The word used to connect ideas or clauses is called adverbs of conjunctions, they show consequence or effect or the relation between the two clauses."

"The word "conjunctive" comes from the Latin word for "join together."

When you use a conjunctive adverb, put a semicolon (;) before it and a comma (,) after it.

» Clause 1 : He was going for an important deal.

We use Conjunctive Adverb "accordingly" to join two clauses and the sentence will be as under:

» He was going for an important deal; accordingly, he made sure he reached on time.

Note : To use these Adverbs to conjugate two clauses you need to use a semicolon (;) to connect them.

» However : Yet, on the other hand, in spite of

» Consequently : As a result, resulting in

» Moreover : Beside, in addition

» Conversely : Opposite of, contrary to