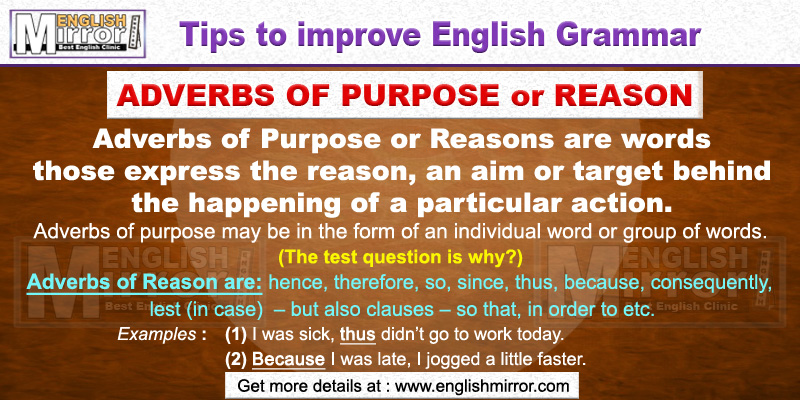 What is Adverbs of Reason?

"Adverbs of Purpose or Reasons express the reason, an aim or target behind the happening of a particular action."
These words help to describe why something happened.

Adverbs of purpose are used to connect sentences that wouldn’t make sense if they were formed alone.

» The test question 'Why?' : He was left because he was late.

hence, therefore, so, since, thus, because, consequently, lest (in case) – but also clauses – so that, in order to etc.

Note : 'So that' is a common Adverb of Purpose. We can drop that in 'so that' if we find it too long. However, use of only 'so' is often regarded as informal.