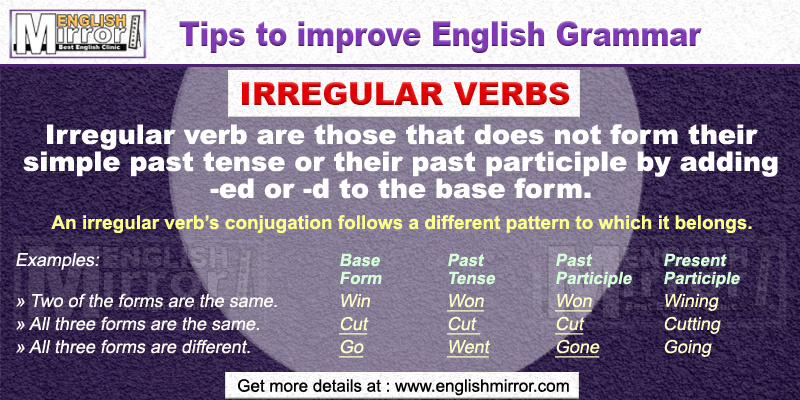 Irregular verb are those that does not form their simple past tense or their past participle by adding -ed or -d to the base form.

Irregular verbs are verbs that don’t take on the regular –d, -ed, or -ied spelling patterns of the past simple (V2) or past participle (V3). Irregular verbs are also known as strong verbs. Here are nine that are used more often than the rest. These nine irregular verb examples also happen to be among the most commonly used words in the English language. They are: