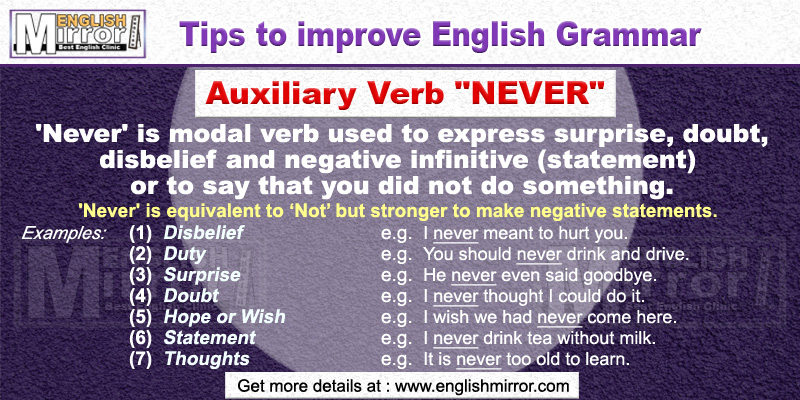 'Never' is modal verb used to express surprise, doubt or disbelief and negative infinitive or to say that you did not do something. (make negative statements).

'Never' is equivalent to ‘Not’ but stronger to make negative statements.

It is used with all persons.