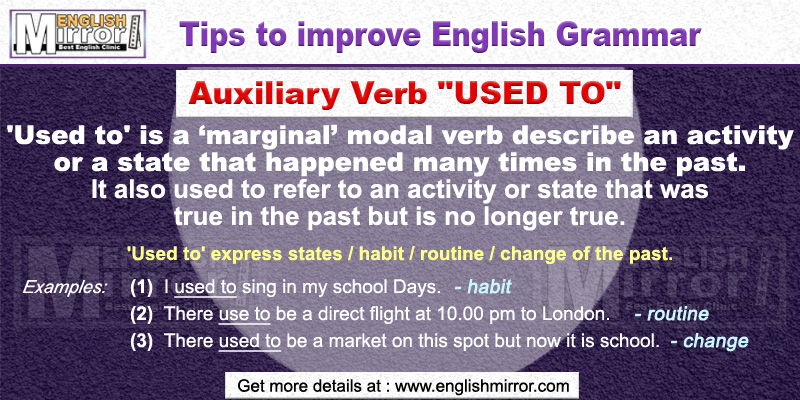 Uses of Auxiliary Verb "USED TO"

'Used to' express states / habit / routine / change of the past.

Uses of - 'Used to'
Types of Auxiliary Verbs