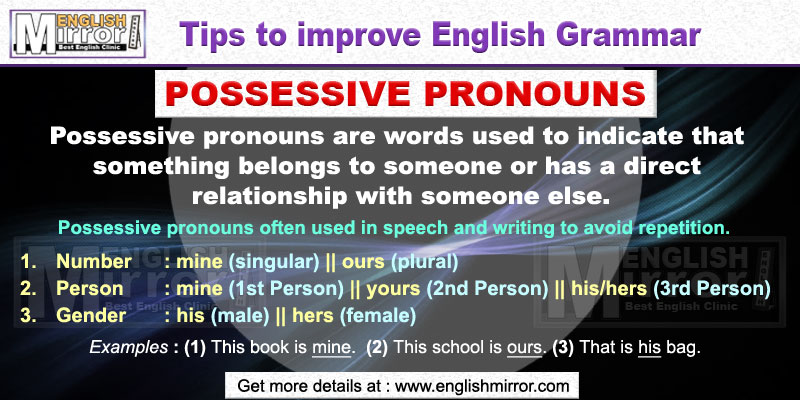 What Are Possessive Pronouns?

"Possessive pronouns are words used to indicate that something belongs to someone or has a direct relationship with someone else."

Example:
• I had dinner with Riya and Riya’s brother, Krunal.

To avoid repeating the name Riya in the sentence, we use the possessive pronoun 'her' to make the sentence neater and less repetitive:

• I had dinner with Riya and her brother, Krunal.

We add ‘’S’ to the noun to make Possessives/Possessive Noun.